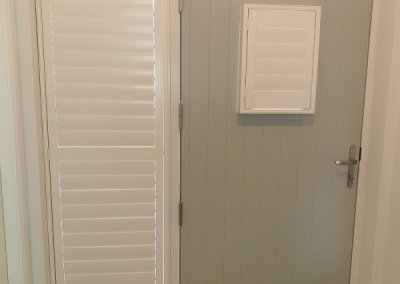 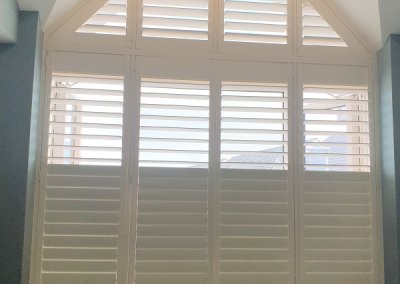 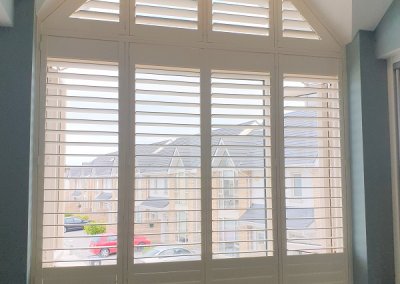 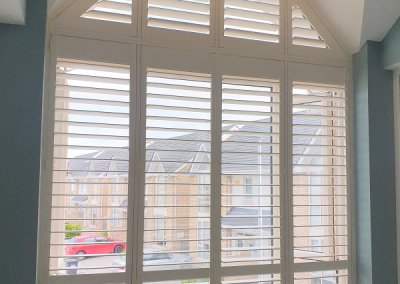 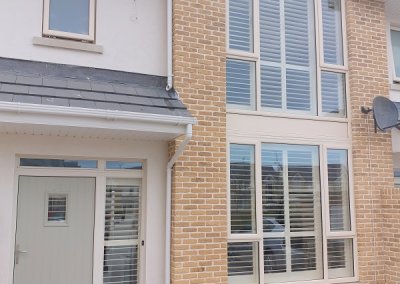 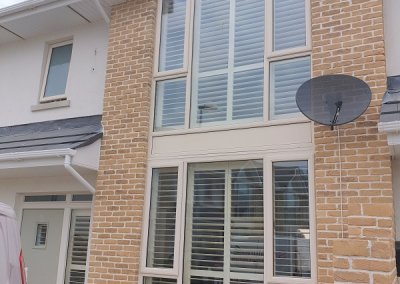 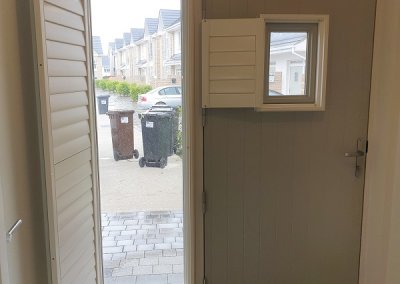 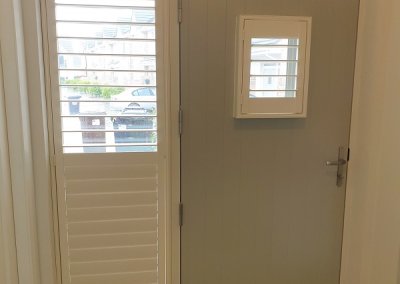 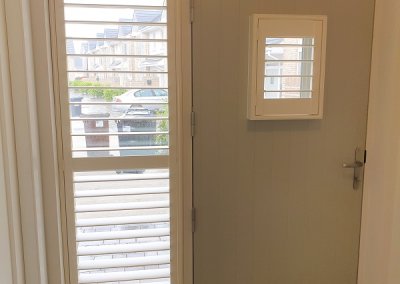 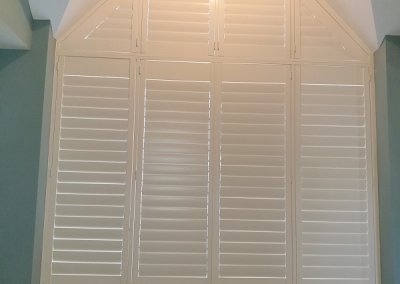 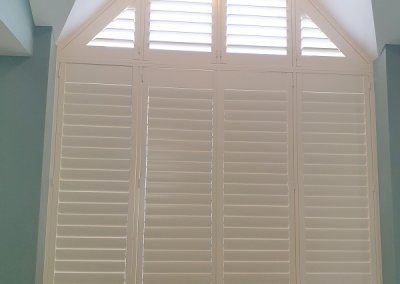 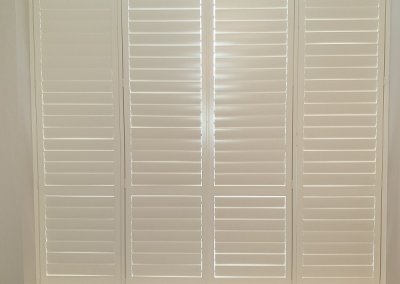 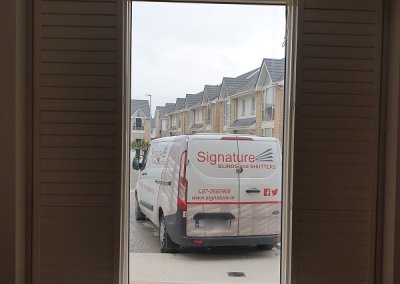 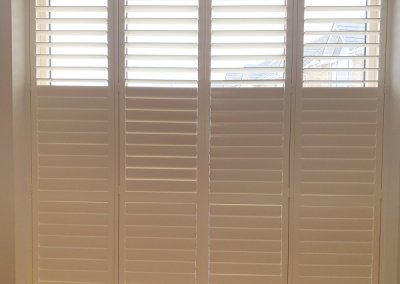 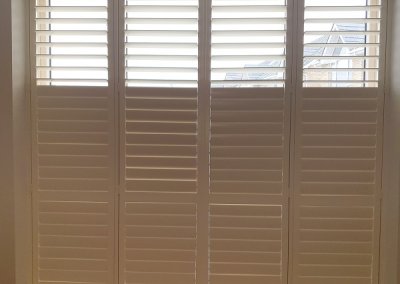 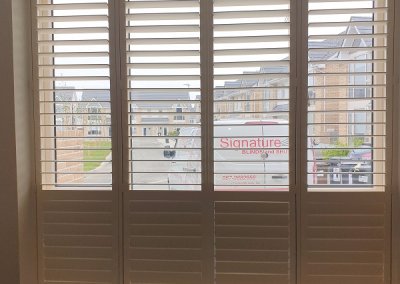 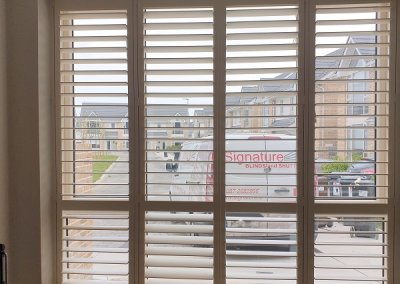 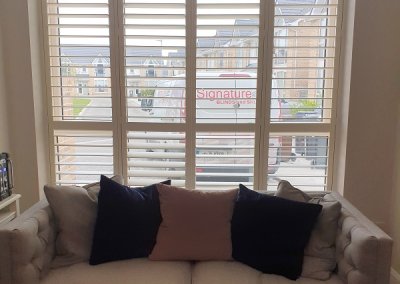 Stunning Large Plantation Shutters installed in Blackrock, Co Louth. There’s a large triangle in the bedroom which looks quiet majestic when fitted with shutters. Shutters can really help highlight the shape the of the window. These shutters come with a hidden tilt option which allows you to open and close the louvres by simply pulling or pushing one louvre. There is a mid-rail in some shutters which allows you to separate the shutters into different parts which allows you greater control of light. There is also a split tilt which plays the same role but is invisible.