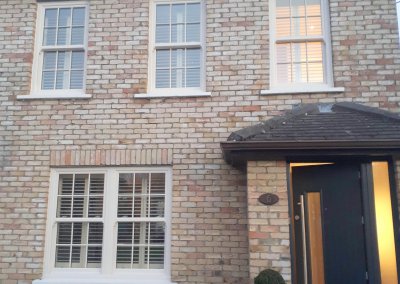 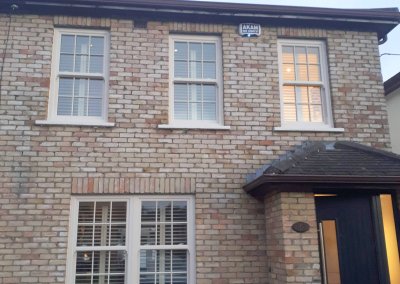 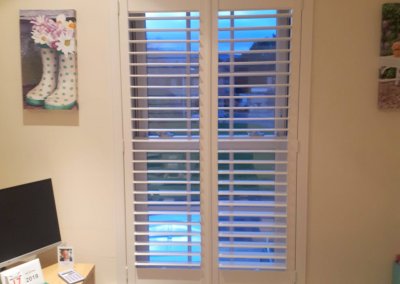 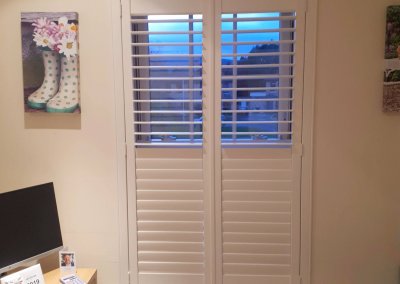 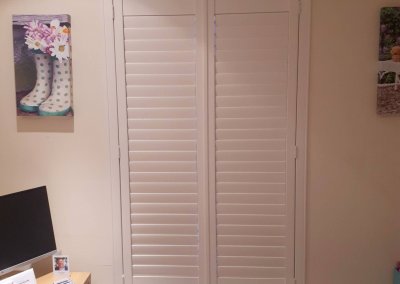 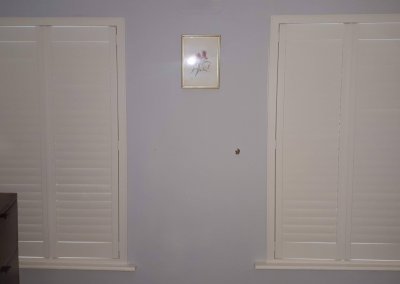 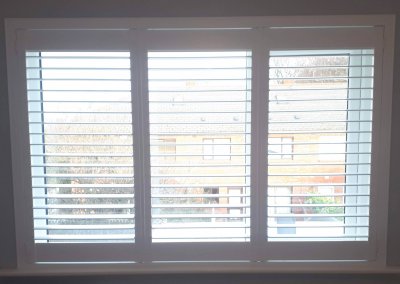 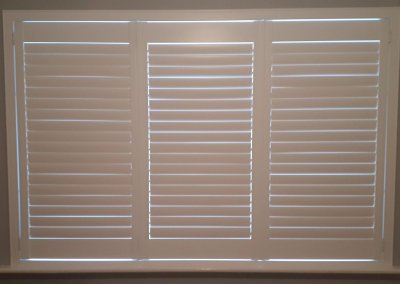 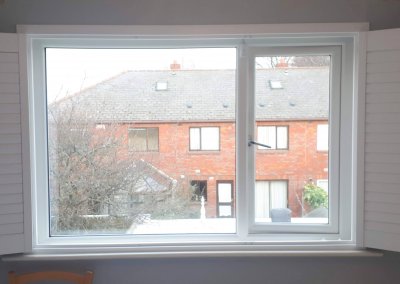 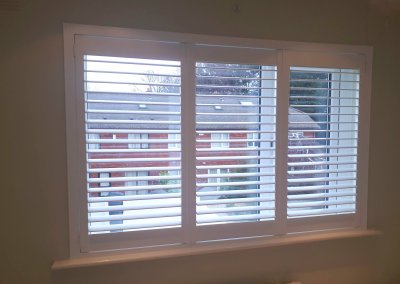 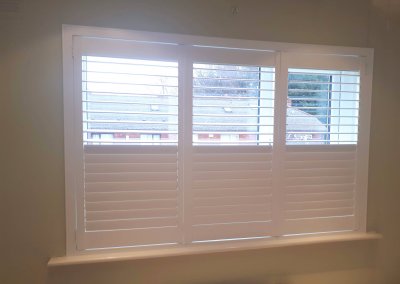 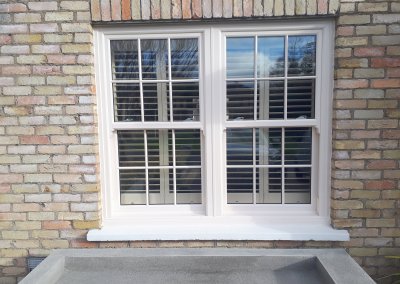 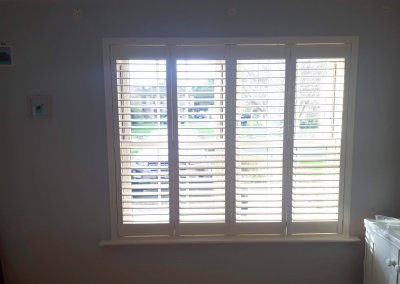 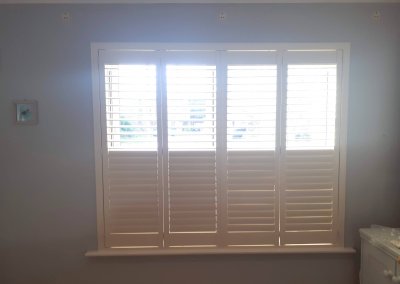 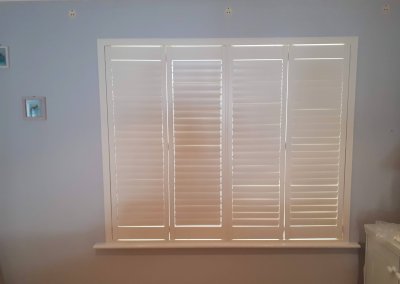 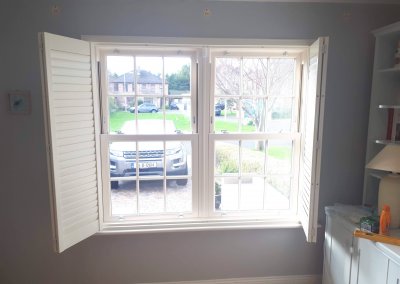 Plantation shutters installed in Westminster, Co Dublin. These plantation shutters all come with a frame which is installed on the outside of the frame window. You can also see a hidden tilt which means the louvres can be opened and closed by pushing or pulling a single louvre. There is an option of having one panel instead of two but in some cases it’s better to have 2 smaller panels rather than 1 large one as it can save a bit of room. There are also bi-folding panels which will save you space when the panels are opened.