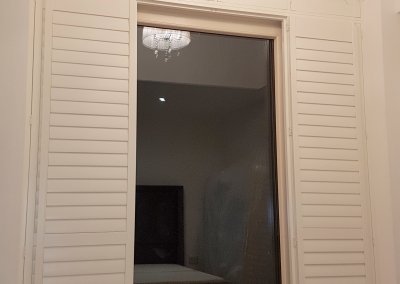 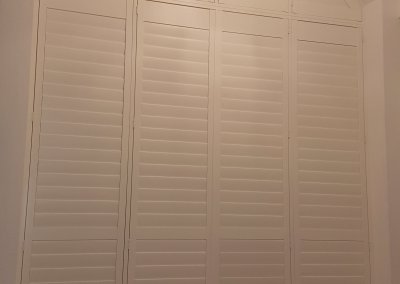 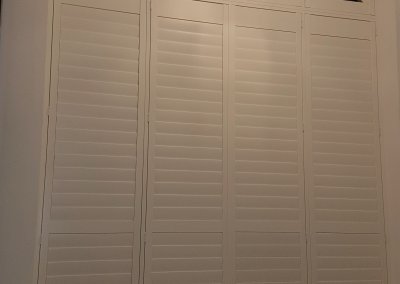 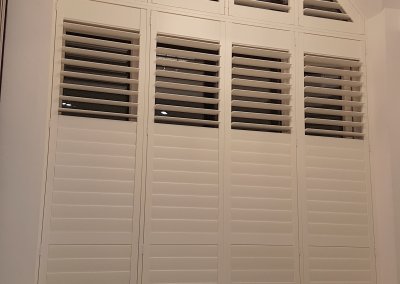 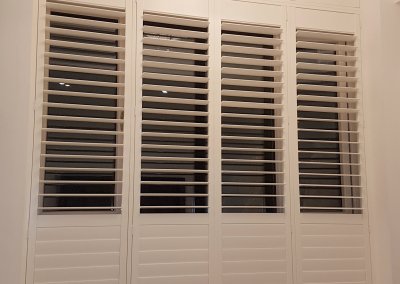 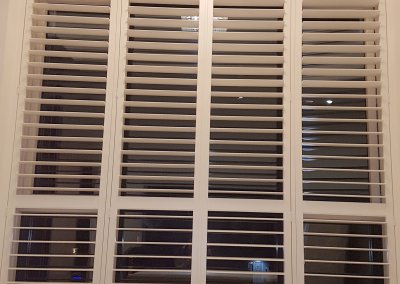 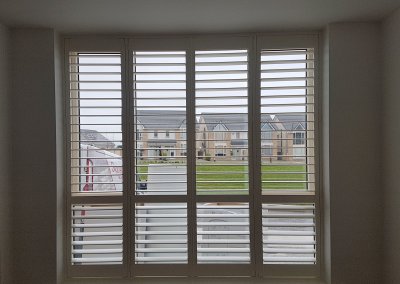 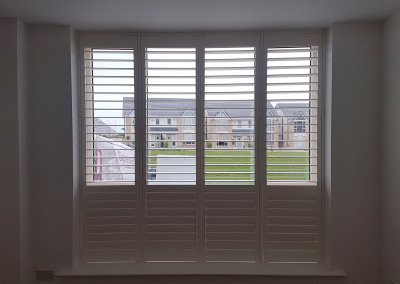 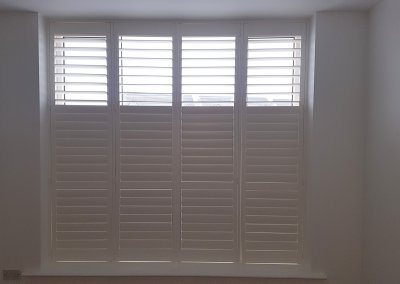 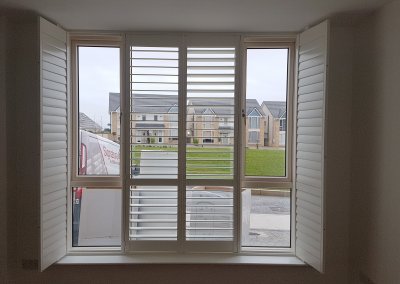 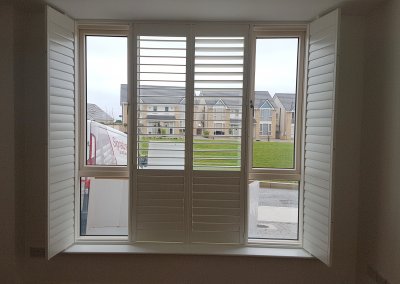 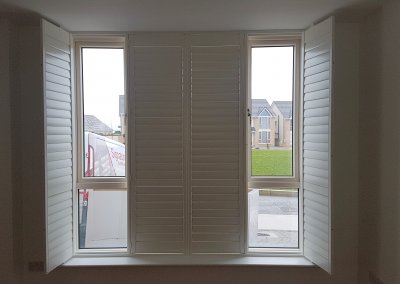 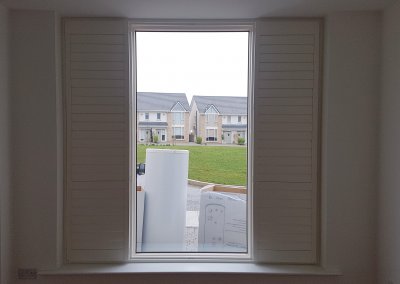 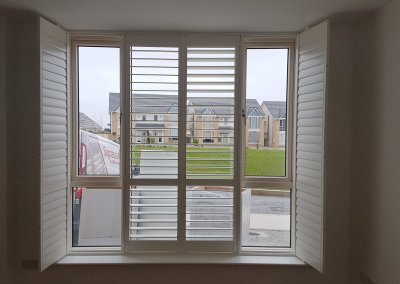 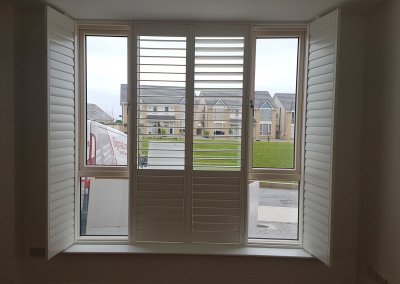 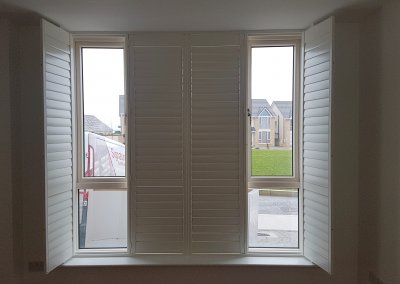 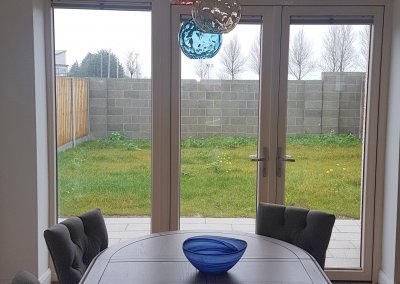 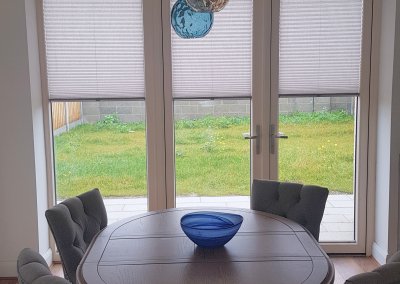 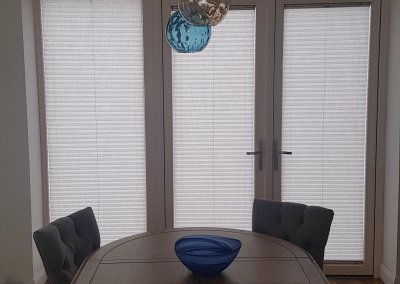 Plantation shutters installed in Blackrock, County Meath. These shutters include two large windows with a triangle at the top. Windows are very large so shutters were a great idea because they can help keep the heat in but also give you great privacy. There is a split tilt which allows you to have some parts of the shutter closed and some parts open. There is also a mid-rail which can strengthen the shutter and let you separate the shutter into more parts which gives you greater control over light.