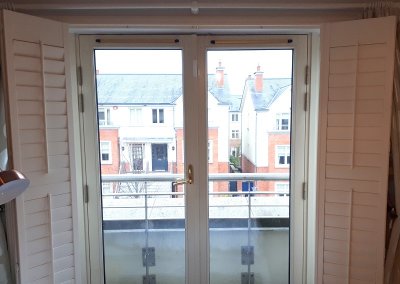 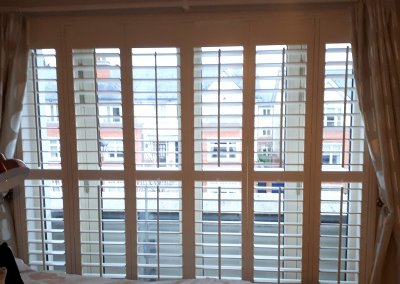 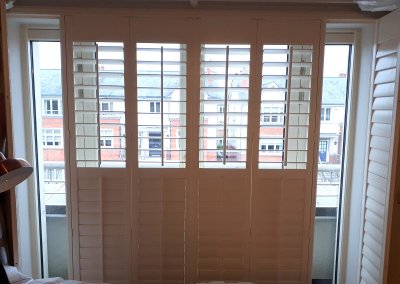 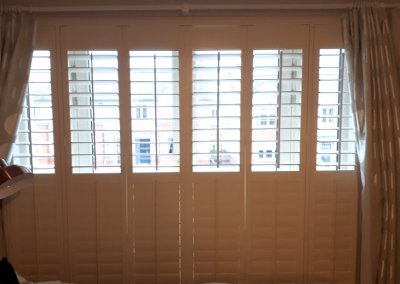 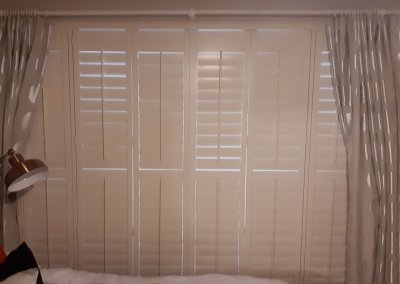 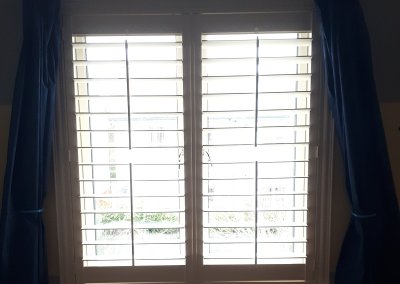 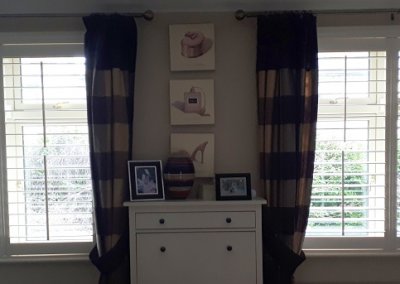 Plantation shutters fitted in Castleknock, Dublin 15. The plantation shutters go very well on doors as you can see in the pictures above. They are a very good insulators of heat and they also block out a lot of the sunlight coming in and can also have a positive effect on the noise level coming from the outside. There is a mid-rail which is used to separate the shutter into two different sections so you can have one part open while the other is closed and vice versa. The central tilt rod is used as a mechanism which opens and closes the louvres. The 89 mm louvres once again give a great control of the light which enters the room.

Call Mark on 0872682956 to get more information about our vast Plantation Shutter & Window Blinds ranges.